In my thesis I focus on the financing and development of Internet startups, but what is an Internet startup. We will first look at the concept of startup, i.e. when does a startup cease to be a startup? In the master thesis of Yue Fu (Fu, 2014) the growth model of Churchill & Lewis is used, i.e.:

Existence, focus on obtaining customers and delivery of contracted services or products

In a positive scenario a startup ceases to be startup once it has reached the resource maturity stage, or by exiting through a merger or acquisition with another company. This in contrast to a negative scenario where the startup does not survive and is going bankrupt in an earlier stage.

Until that moment an import characteristic of startups is the uncertainty in which they operate which Ries uses in his book the lean startup (Ries, 2011) to claim that a startup can also be part of a corporate when a new innovative product or service needs to be introduced.

However I consider that as a way to  create a situation in which the corporate and the new venture are separated because the innovation does not fit with existing values and processes. This situation has been described by Christensen and Overdorf in their article Meeting the challenge of disruptive change (Christensen, 2000) where they plead to operate in a spin-off to ensure that the project is governed by different values and let new processes emerge.

The definition that Ries is using is to show that his lean startup process is not bound to startup organizations, but can also be used by large corporations. This angle of using a startup approach for existing matured companies resembles the ambidexterity theory that argues that companies should not only focus on exploiting their existing business model but on exploring new business models at the same time as described by Birkinshaw and Gibson (Birkinshaw, 2004) and by Voldberda, Bosch and Heij (Volberda, Bosch, & Heij, 2013)

This view point can also be turned around, i.e. we may be able to use the theories and paradigms how to operate during existing business model distress. For example the diagnose tooling and flexibility implementation as described by Voldberda (Volberda H. W., 2004). Although this book focusses on the creation of flexibility, it also describes that way organizations can downgrade flexibility when their environment is diagnosed as less uncertain than the company is organized for. This diagnose tooling may be used by startups and venture capitalist to assess in what stage the startup is in the growth model and if the business model is already fit for more exploitation that exploration.

Additional to any startup I take the Internet startup as a starting point. Internet startups are very similar to the dot-coms of the late ’90 and beginning ’00, but this term has a negative association to it due to the collapse of market value of dot-coms after the hype. A misbalance between actual performance and future expectations because of unsustainable business models, gave dot-com a negative connation. However it is important to have the insights that the concepts are equivalents because of the research performed on dot-coms, for example on financial health predictions by Bose (Bose I. , 2006). It is important to notice that research on this period assumes a business model for an Internet startup to be e-commerce, i.e. web shop or a platform through which merchants can contact customers, examples are amazon.com, bol.com, ebay.com or thuisbezorgd.nl. The earnings are either generated by selling products with a margin, or by calculating an intermediary fee to be paid either by the consumer or the merchant as part of the sale.

The technology advances however, which enabled software manufacturers to deliver their software as a service or SaaS (Buxmann P., 2008) through the internet instead of shipping it to customers that had to install and host the software on the infrastructure on premise.

Examples of these companies are salesforce.com (CRM), Blueconic.com (online marketing), Jira.com (bug tracking), Harvest.com (time tracking). These companies generate earning through a monthly or annual subscription fee for their services.

From an investment perspective Internet startups are interesting because their asset structure comprises an infrastructure and software platform that require a relatively low investment to start and is scalable following the grow model of Churchill & Lewis.

The growth of number of customers can be taken care of by scaling up the infrastructure, a need that can be calculated upfront, i.e. an investor and an entrepreneur can set milestones with which parts of the total investment are made available based on the capital need for a milestone. This makes the investment more controllable for the investor and therefore decreases the investment risk.

The software development process has undergone innovations also with a better using forecast then in previous times. The lean startup model (Ries, 2011) can be utilized to release services to the market:

In this model the blue steps are artifacts, the green steps are activities. A concept is built into a product, for example a new service by an Internet startup, after which the use is measured creating data. The data collected is then evaluated and used to (re)shape the concept. Then the loop is restarted.

A service is delivered as a minimum viable product and only extended if from the evaluation can be learned if customers are using it, value the service and how they are using it.

This model for software development or service creation also gives the opportunity for a pace list in which is aligned with which milestone when a new amount of the total investment is released to finance new or further developments.

I define an Internet startup as new started company that has not maturated to a stage of Resource maturity, is in need of capital to finance their asset structure and employees and has a business model that generates earning through a fee or margin model by selling products and services through the internet. It operates in (extreme) uncertainty about market demand, investors, partners, suppliers. 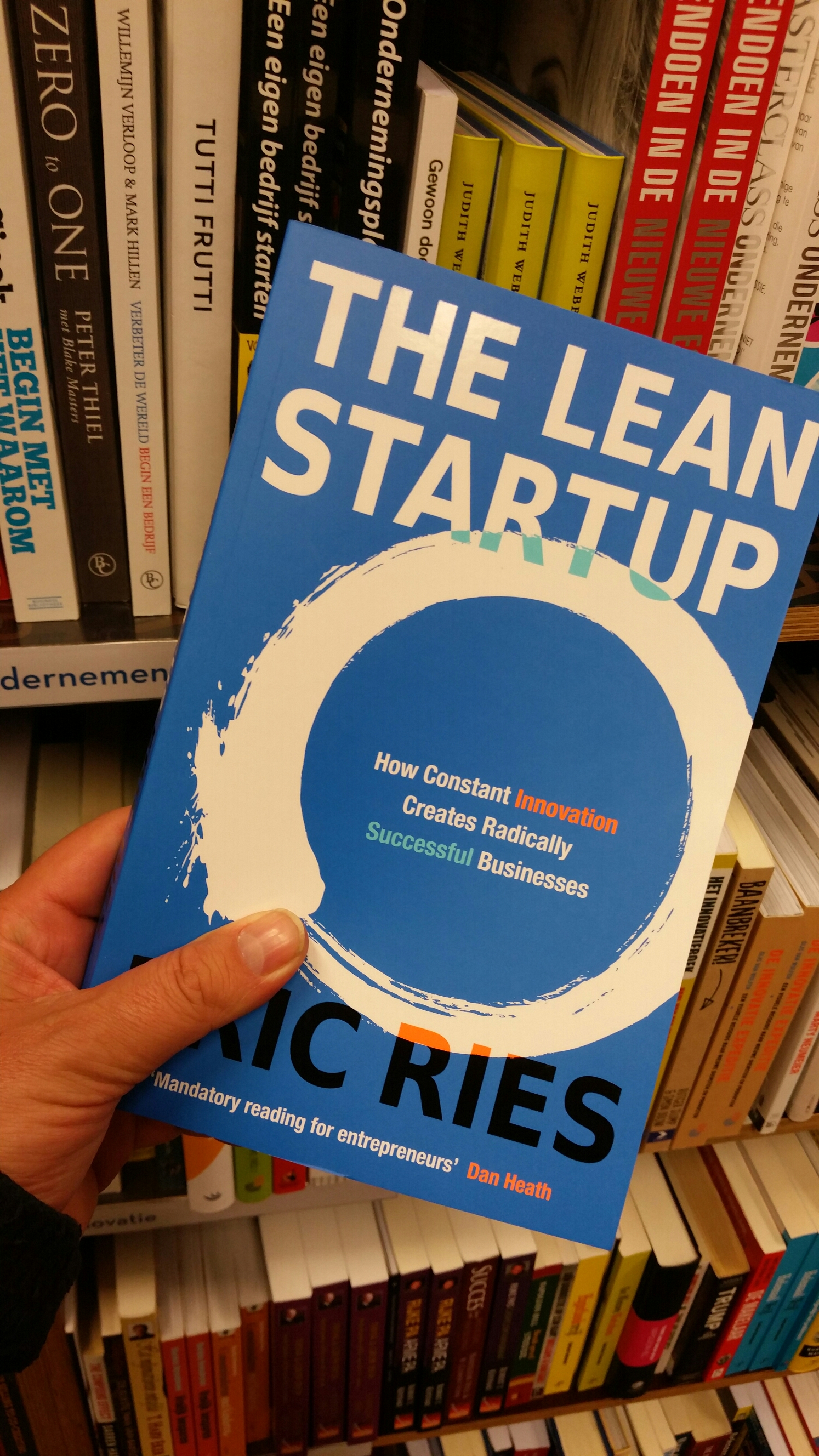 VC funding of startup companies comes in rounds, commonly referred to as Angel, Serie A, Serie B, Serie C, etc.  What does that mean and why does it come in rounds? That’s what this post is about.

Bruno and Tyebjee  have identified six rounds of capital infusions in their article The entrepreneur’s search for capital (1985) :

Although not mentioned by Bruno and Tyebjee, they define their rounds by milestones, i.e. the state a company has reached. Looking at the milestones there is a difference in characteristics between the first and second round: the second round the investors are funding the scalability of the company itself instead of financing the product development or its marketing. An important indication is the provisioning of working capital to finance existing activities.

With this shift from product to the business, the company has reached the milestone that it has value added to the market with the product and the next milestone is defined in terms of growth of turnover.

Most commonly terms used in the VC industry however are Angel, series A, Series B, Series C etc.  to indicate the round of financing of a company. Although commonly used the terms are not defined exactly. In this thesis a Series B investment will be used as an equivalent for the Second round financing as defined by Bruno and Tyebjee.

Another nice post about this can be read here: Elad Blog funding rounds